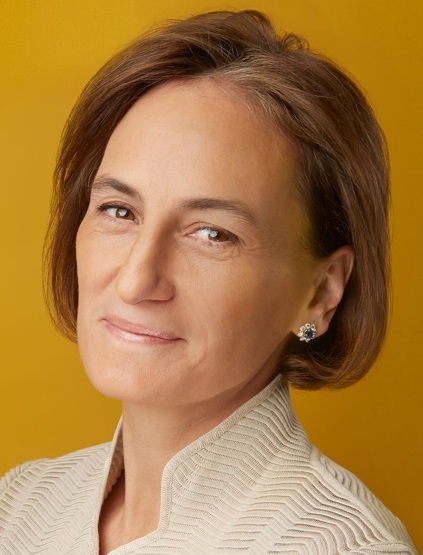 Almost exactly ten years ago we reported with great interest Amy Falls’ move from Chief Investment Officer at Phillips Academy (aka Phillips Andover) to the CIO job at Rockefeller University.

Five years ago we interviewed Ms. Falls in Manhattan and marked her as someone to watch when a top-tier endowment position opened up. (See “Coffee with Amy” below.)

Now, it has just been announced that she’ll be moving on to Northwestern University.  She’ll lead their $12.2 billion endowment, succeeding William McLean as CIO.

But not everyone may have noticed just how excellent it was.

By our reckoning she is in the top 10 among all US endowments over those ten years – ranking ninth out of ten to be exact.

All the other endowment big guns (MIT, Yale, Dartmouth, Princeton, Williams, Notre Dame, Brown, Carnegie Mellon) and their renowned CIOs are strung out between 11.4 and 9.5 percent for ten years.  Ms. Falls squeezed past Debbie Kuenstner at Wellesley with 9.6 percent.

But she was even more impressive in the second half of her decade at Rockefeller.

As she increasingly put her own stamp on their allocations, she surged even closer to the top of the pack.

Over the last five years, 2016-2020, her return tied with Paula Volent at Bowdoin for third-ranking among all US (and Canadian!) endowments with 8.5 percent.  They were surpassed only by Brown and MIT, with 9.8 and 9.0 percent, respectively.

As she has moved up to head bigger funds her comp has grown proportionately.

She made about $800K at Andover.  At Rockefeller her pay rose to about $1.5 million by 2020.  And now, at Northwestern, we estimate that her comp will be well north of $2 million.

Pure performance is the single most important factor in filling a top job.  But your network is a close second.  And, as we’ve pointed out before, Ms. Falls is an outstanding networker.

In the fall of 2015, just four years into her stint at Rockefeller, she was appointed to the board of the Harvard Management Company.

Paul J. Finnegan, who sits on the Harvard Corporation board as well as chairing HMC, welcomed Ms. Falls aboard, saying: “She joins at a particularly important time as we implement a new portfolio and organizational strategy.”

He was referring there to the fact that Jane Mendillo had come and gone as CIO, brought low by the financial crisis of 2008-2009.  Then the brilliant but wobbly statistician Stephen Blyth had taken the job, but was making heavy weather of it.

Harvard had problems.  Clearly, Mr. Finnegan, who had himself just succeeded to the HMC chairmanship, had a hand in Ms. Falls’ appointment and regarded her as an ally in the refurbishment of the endowment.

As Mr. Blyth stepped down, and Narv Narvekar was proving to be a hard sell for the job, Mr. Finnegan at least had Ms. Falls in hand.

You always need a Plan B.  In this case, that was probably Amy Falls, who was an attractive candidate in her own right.  She was an experienced CIO, had a Harvard degree, was an HMC board member, and had already been vetted by Mr. Finnegan.

And, in the diversity-sensitive world of academic politics, it didn’t hurt at all to have a woman publicly in the mix of candidates.

Eventually Mr. Narvekar came around, but Ms. Falls still sits on the HMC board, as well as on the boards of Phillips Academy and the Ford Foundation.

Now the networking really begins.  Mr. Finnegan happens to be a partner at Madison Dearborn in Chicago, a top private-equity firm.  His partner there, Tim Sullivan, is a Northwestern trustee, chair of the Investment Committee, and chaired the search committee that selected Ms. Falls.

We also note that Ms. Falls’ husband, Hartley Rogers, is a major private-equity player as chairman of Hamilton Lane, the largest US private equity fund of funds, domiciled near Philadelphia.

Mr. Rogers has a Harvard AB and MBA, as does Mr. Finnegan (who also attended Phillips Academy).  Ms. Falls graduated from Georgetown, but also earned a Harvard degree (MPP from the Harvard Kennedy School).  Not very unusual consanguinity among the America’s movers and shakers.

But there they all are, in one big happy hot-tub.

Hamilton Lane’s Tim Sullivan has an impressive, but non-Ivy background in his own right.  A graduate of the U. S. Naval Academy, he went on to earn an MS at USC, then an MBA at Stanford before eventually co-founding Madison Dearborn Partners with Mr. Finnegan.

All of these networked private-equity types were no doubt useful in building Rockefeller’s heavy allocation to the best private funds, which in turn aided the endowment’s high performance.

It all comes together.

A feature of Ms. Falls big, new job we haven’t mentioned is that it’s a homecoming.  Amy Falls is a doctor’s daughter who grew up in Lake Forest, Illinois, just outside Chicago, and a stone’s-throw from Evanston and Northwestern University.

She went east as a teenager to attend Phillips Academy (but which is often referred to as “Phillips Andover,” or just “Andover.”)  This is partly to distinguish it from the equally posh Phillips Exeter, but partly, we think, just to mystify the unwashed.  Andover is very near Harvard; geographically, socially, and academically.

Ms. Falls, however, chose to major in history at Georgetown University, and only later circled back to Harvard for a graduate degree.  One of the interesting points on her resume, in fact, is that she has no degree in finance, unlike the ruck of her colleagues who all boast name-brand MBAs.

She learned finance and investing the old-fashioned way, through rigorous on-the-job training at JP Morgan and Morgan Stanley.

When we sat down together a few years back, she told me: “If you’re a woman in finance, some of your mentors will be tough, some will be kind; but, inevitably, most will be men.  But I grew up playing poker with two brothers, so competing with men on a trading floor was not an entirely alien environment.”

One of the toughest and best of her Morgan Stanley mentors was Barton Biggs himself, a legendary strategist and research manager for thirty years before he left to found hedge fund Traxis Partners.  He took a personal interest in the junior employees, handing out individual assignments and grading their performance.

In an earlier stint at JP Morgan she also benefited from a female mentor in Eunice Reich Berman, a credit analyst who was a pioneer for Wall Street women in the 80s and 90s.

“Eunice was a tremendous role model for both men and women.  Unfortunately, she died of cancer in 1999 when she was only in her fifties and I still miss her.”

“I have also considered David Swensen to be a mentor-from-afar.  I never worked with him, but followed his career closely and learned from him, as has everyone in our field.  Our basic stance at Rockefeller is very Swensenian: we try to maintain a limited number of long-term, high-conviction relationships with highly-qualified external managers.”

As she worked her way up to Managing Director at Morgan Stanley, she was still connected to her prep school as a board member.  Around 2005 she found herself on a committee to consider whether to outsource the school’s sub-billion-dollar endowment.  She (and they) concluded that they should manage the money in-house.

The decision to set up an internal investment office (which was to be situated in Manhattan, not Massachusetts) was undoubtedly a rational one and supported by the full board.  But it certainly worked out well for Ms. Falls, who accepted the job of founding CIO.  She was recognized as a Rising Star by Institutional Investor as early as 2010.

That recognition was timely and helpful when she was recruited for the CIO position at Rockefeller University in 2011.

We’ve recited her subsequent performance stats up above.

The Rockefeller board in her time included such investment eminences as Robert M. Bass and Henry R. Kravis (of private-equity giant KKR).  More networkers for a CIO who needs access to picky private funds.

Reporting in 2016 we said that she still had plenty of running-room left in her career and may well have another shot at one of the top-tier endowments.

And so it has come to pass.

Outside the office she also manages three daughters and a husband.  The latter is the Hartley Rogers referenced above.  Mr. Rogers has a full-time job in Philly, but we’re confident that she will deal with that too, and with her usual aplomb.

The couple have their own small charitable foundation serving education and the arts and she is also involved in running the family’s Triple Chick Farm, a certified organic farm on Mount Desert Island off the coast of Maine.

She’s a remarkable and very engaging woman, and needless to say we wish her well at Northwestern.

Prior issues can be found in “archives” on our website.