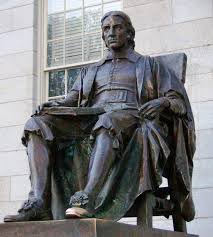 As all the world now knows, Harvard has selected Columbia’s Nirmal P. “Narv” Narvekar as the new head of Harvard Management Company.

His name had been bandied about as a prime candidate for weeks.  We discussed it ourselves in our August 29 newsletter.

Reportedly, a few big-endowment CIOs were not interested in the job.  Fortunately, Mr. Narvekar was.

He is an exemplary investment manager and, for what it’s worth, we think Mr. Finnegan and his board made a good choice.

The Columbia endowment and its two amigos:

In 2002 Columbia University set up a new investment management company (CIMC) with its own board, and hired Mr. Narvekar as its founding president.

They plucked him from the University of Pennsylvania investment office where he’d been a managing director for four years, tasked with diversifying into private equity and other alternatives.

Previously, he’d spent 14 years with J.P. Morgan, including six years as managing director in their equity derivatives group.  He’s a Phi Beta Kappa graduate in economics from Haverford College, and his MBA is from Penn’s Wharton School.

It’s a sterling resume, but people don’t hire resumes they hire performance and Mr. Narvekar’s performance numbers are outstanding, as we’ll see below.

And, we’re sure he’s been offered a salary commensurate with that performance.  We’ll also discuss that important topic.

Shortly after he arrived at CIMC, Mr. Narvekar reached out to Peter B. Holland, an old colleague who had worked with him in JP Morgan’s derivatives group, bringing him in as chief investment officer.  The two men have worked closely together for more than twelve years, and to excellent effect.

We were unsurprised to see Mr. Holland elevated immediately to the top job at CIMC as Mr. Narvekar departs.  Despite all the talk about the importance of succession-planning, few organizations really have a proper successor on the launch pad.  Columbia, fortunately, did; and we expect to see no hiccups in the organization they jointly built.

A makeover for HMC?

We (and many others) have written at length about Harvard’s difficulties and will spare you any more rehashing.

We had our say here: https://www.charlesskorina.com/harvard-endowment-hmc-time-reassess/

But the hire of Mr. Narvekar raises some obvious questions about the structure and direction of HMC going forward.

The previous two HMC presidents were hired under the aegis of the late James F. Rothenberg who chaired the HMC board until his sudden death last summer.  It fell to the new chairman – Paul J. Finnegan – to run the search that found Mr. Narvekar.  And the selection of a new president by a new chairman may involve more than just redecorating a single office.

Mr. Narvekar leads about 20 staffers at CIMC.  When he arrives in Boston he’ll be greeted by over 200 HMC employees.  That 10-to-1 ratio neatly underlines the situation he’ll be stepping into.

We think there will be at least some chipping away at Harvard’s “hybrid” model with its attendant high headcount, but probably not a revolution.  We’re sure Mr. Narvekar and Mr. Finnegan have already discussed this unavoidable and delicate topic.