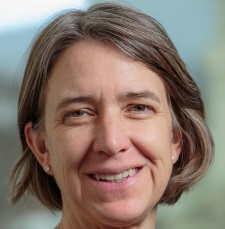 Who are the best-paid endowment CIOs?

Compensation is a delicate issue; but recruiters need to keep track of it.  And, we see no reason why we shouldn’t share some of that bounty with our readers.   (See our complete compensation chart just below.)

Most of it is publicly available, anyway; as long as you’re willing to scrounge for it.  Private schools and some publics disclose it in IRS filings.  The hitch is the long time-lag — more than two years — before the data is publicly available.  The corresponding data for most public schools is often fresher, but it’s scattered among various and often quirky databases in various jurisdictions with various disclosure rules.

It’s ironic that data for public colleges has sometimes been the least public.  But that’s changed somewhat in recent years as more states adopt sunshine laws for public-employee pay generally.  Or, you can file a FOIA request.  But it’s been like pulling teeth in many places.

And, even when public-school CIO comp is published, it can’t always be trusted.  Clever college administrators have sometimes found (or constructed) loopholes in those sunshine laws which let them conceal part of the CIO pay-package.

A recent and noisy case in point arose in Michigan.  The official University of Michigan salary-disclosure listing (page 447) for 2017 showed CIO Erik Lundberg’s total comp as $720,000.

We’ve been skeptical of that number for a while, but the U was eventually prodded into disclosing that Mr. Lundberg actually made $2 million in 2017.

Although the gross number had become public, the Detroit Free Press still sued the University to obtain details about how it was calculated.

The judge sided with the Freep, but the university argued that they had legitimate reasons for keeping them private.

“Despite the court’s ruling, we believe disclosure of the … Incentive Plan will put U-M at a competitive disadvantage,” a school spokesman said.  “Because there are very few public universities in our endowment peer group, virtually no comparison [sic] schools will ever have to make their plans public.  These are the employers against which the university competes for talent recruitment and retention.”

The fact that a major university would go to some trouble to avoid disclosing that information does speak to the highly competitive market for top CIOs.  If you have a good one (and Mr. Lundberg is very good), there’s always anxiety that someone with deeper pockets will whisk him or her away.   And, if you’re crafting a competitive offer, it certainly helps to know exactly what you have to beat.

As the Lundberg case confirmed, these pay packages are complex.  In our chart below, we can only offer the bare numbers.