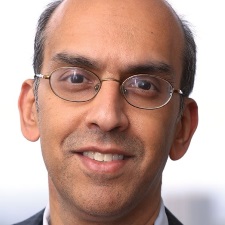 Our latest OCIO list (Outsourced Chief Investment Officer) just expanded by three firms since our September sendout, with UBS and PNC Bank rejoining the ranks and Highland Associates in Birmingham, Alabama reaching out for inclusion.

With 74 firms on the list as of November, 2016, total outsourced CIO assets (managed with full discretion) now total $1.367 trillion, increasing by $240 billion since we published our last list in 2014.

(Our full OCIO list of firms for 2016 is presented at the end of this newsletter.)

(Pedant alert: 860 percent growth over eight discrete periods gives us 33 percent annualized.  Continuous compounding gives us about 28 percent.  The underlying data is too soft for over-precision, so we split the difference.)

Our own independent surveys for 2014 and 2016 imply that recent year-over-year growth is now only about 9 percent.  So we agree with Chief Investment Officer Magazine that OCIO growth seems to be decelerating.

Nine percent annualized is still pretty brisk, but it’s not that much higher than the expected growth of managed global assets overall.  It suggests that the OCIO niche may be maturing, with a lot of the low-hanging fruit having been plucked.

My unscientific survey of OCIO managers suggests they’re a little more conservative in their own estimates.  They typically tell me they’re looking for 5 percent growth, but of course each firm has its own view.

They tell me that the number of RFPs is definitely up, but that potential clients aren’t always sure whether they want a fully-outsourced solution, a consulting/management hybrid, or a traditional straight-consulting arrangement.

The number of firms in this niche, however, seems to have plateaued and even fallen off a little in recent years.

Our list has grown from forty-five outsourcers six years ago in 2012 to seventy-nine in 2014 to seventy-one today.

Some have chosen to leave the business for one reason or another.  Those include: Fortress, Fiduciary Research & Consulting, Salient Partners, and UBS. A few others either failed to respond to repeated requests or asked not to be listed.

And, at least three firms – Pacific Global Advisors, Marco Consulting, and Jeffrey Slocum & Associates – have been gobbled up by bigger firms: Goldman Sachs, Segal Rogerscasey, and Pavilion Financial respectively.  So their AUM lives on under another label.

As headhunters, we’re not surprised to see that steady growth in outsourced AUM leads to a steady flow of management talent into the OCIO firms.

From the point of view of potential clients, the number of firms competing hard for their business is a good thing.  Not only are the vendors competitive on price, they are building their bench with top talent.