New York Times: A College Investor Who Beats the Ivys

3-22-19 New York Times: A College Investor Who Beats the Ivys 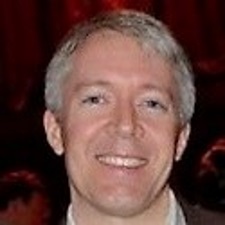 We’re executive recruiters, not lawyers, so you generally won’t catch us opining on important lawyerly stuff like detinue, replevin, trover; or even usufruct (especially usufruct).  We’ll leave all that to the learned JDs.

But, in our daily conversations with investment heads in the nonprofit investment world, we’ve been getting an earful about the latest Congressional tax edicts which will make hiring senior executives much more expensive.

The 2017 Tax Reform Act fills 500 pages of small print.  It has some good points and bad points apart from lowering individual and corporate tax rates, which got all the public attention.

Under “good,” it lowers the excise tax on beer to $16 per barrel.  No problem there.

But, under “not so good” are two sections pertinent to the heads of college endowments, and to nonprofit organizations in general.  Those include charitable grant-makers, symphonies, museums, hospitals, and many other charitable entities.

The first (Code Section 4968) imposes a 1.4% excise tax on the net investment income of certain private colleges and universities.  We had our say about this elsewhere.

The Yale Tax, as it might be called, will raise a risible $1.8 billion over ten years.

Calling this a drop in the bucket would be an insult to drops and buckets.  It’s $180 million annually in a $3.8 trillion U.S. budget and strikes us as a political gesture which raises virtually no money and accomplishes no practical purpose, even for people justifiably aggrieved about college costs.

The second section (Code Section 4960) is what nonprofits generally – not just colleges – are alarmed about as it begins to kick in this year, because it will raise the cost of hiring senior employees.

We recruit nonprofit investment heads and advise boards on compensation and performance.  So, any tax that makes hiring chief investment officers and other executives more expensive and complicated gets our attention.

More broadly, it makes it harder and more expensive for these charities to carry out their missions, which should concern everyone.

Congress has decreed that any non-profit employee compensation exceeding $1 million is “excess.”

The tax will amount to 21 percent of the so-called “excess” compensation, and it will pertain only to the five highest-paid employees.

Chief investment officers – and CEOs, and football coaches – will be relieved to know that the tax will be levied on the employers, not on the employees.

But, it will obviously have a knock-on effect on how much they can afford to pay new hires, or how big a raise they can offer talented incumbents to help keep them aboard.

Some wag has referred to this as the Nick Saban Tax, in honor of the redoubtable Alabama football coach.  Coach Saban is said to be the highest-paid college coach in the country at $8.3 million in 2018.

Coach Saban is well known, and so is his compensation, at least among Southern Conference fans.  But there are more obscure execs also in the cross-hairs, e.g. Anthony Tersigni, CEO of the huge Ascension Health system in St. Louis, who earns even more.  He takes home $17.5 million, and a few other nonprofit healthcare execs were also up in the 8-digit range.  (The Act explicitly excludes practicing physicians, who are often the highest-paid people in these organizations.)

It looks like Ascension will be on the hook for at least an extra $3.5 million annually just to keep Mr. Tersigni.

We estimate that the celebrated Yale chief investment officer David Swensen is currently making about $6 million.  And we think the average CIO among big endowments now makes about $2 million.

All three of these gentlemen are among the very best in their respective professions, and they are arguably worth every penny of their – admittedly handsome – salaries.

The Wall Street Journal has counted 2,700 nonprofit employees (not just at colleges) who were paid over $1 million in 2014.