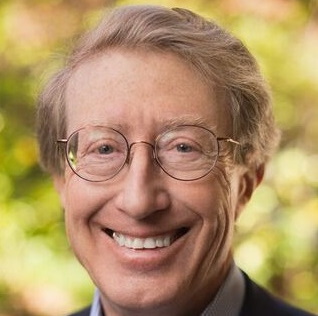 Alan Biller and Associates – one of the largest independent OCIO firms on our latest OCIO list – announced the hire of John D. Skjervem as their new chief executive officer and we are pleased that Charles Skorina & Co was able to assist with the search.

A University of Chicago MBA, Mr. Skjervem joined the Oregon Treasury in 2012 after twenty-one years at Northern Trust, most recently as CIO for NT’s $180 billion wealth-management unit.

As we noted in our 2019 OCIO (Outsourced Chief Investment Officer) report, the largest firms, including stand-alones like Alan Biller and Hirtle Callaghan as well as majors like Goldman Sachs and Mercer, continue to hire top talent and build infrastructure as the market grows.

By our bottom-up reckoning, discretionary assets rose from $1.98 trillion in the middle of 2018 to $2.38 trillion at June of 2019, a very impressive year-over-year growth rate of 19 percent!

ABA specializes in a sub-set of the OCIO matrix: the pension plans known as Taft-Hartleys (aka, “multiemployer,” or just “union plans).”

These are not as well covered by the broader investment industry as, say, the endowment and foundation sector, but they are at the heart of ABA’s success. 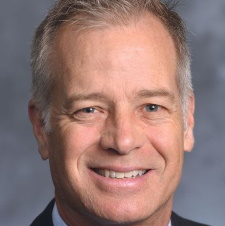 We’ve had a remarkable run in the institutional asset-management biz.  Good enough to camouflage a lot of mismanagement and sub-optimal decisions.

But we all know that there is trouble ahead and that sooner or later there’s going to be a reckoning.

When things fall apart again, will your foundation or family office be managed by experienced, agile leaders who can cope?  Will they keep cool heads when others are losing theirs?

A few years ago an endowment CIO told me: “The board hired us [investment staff] after the 2008 crash because they realized that they never fully understood what they had in their portfolio and there was no one on the inside who could expose and explain the risks.”

“The consultants at the time met with the board once a quarter and kept telling the trustees that everything was fine until our portfolio fell off a cliff.”

Are there new bubbles about to burst?  Here are two possibilities; the unprecedented growth in index vehicles, and the stampede into private equity funds.

The Wall Street Journal reported late last year that the value of US index equity funds had just surpassed US actively managed funds by $4.27 trillion to $4.25 trillion.  The Investment Company Institute disputes the Morningstar data, but the growth and appeal of indexing is undeniable.

Who can resist the allure of cheap and easy index funds and ETFs?  From 2009 to 2019 the S&P returned a beguiling 11.27 percent annualized, excluding dividend reinvest, and indexers could do no wrong.

Unfortunately, bull markets breed short memories.  Few recall that in the prior decade from 1998 to 2009, the S&P actually lost money, delivering a negative 2.72 percent.  (Falling a calamitous 55 percent in the final two years, September 2007 to March 2009.)

As for private equity, PitchBook Data calculates that over the last ten years more than three trillion dollars has flowed into private equity and venture capital funds worldwide.

This despite the fact that since 2005, the returns from these illiquid funds have been little better than liquid public market performance.

Some of the best investors in the business have taken notice and are preparing for the possibility of a collapse.

2-04-20 Yale News: US Education endowment hit 8.5 percent for the past decade

2-04-20 Yale News: US Education endowment hit 8.5 percent for the past decade