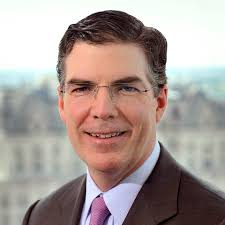 In our piece on Harvard last July titled “The Harvard Endowment: Time for some Creative Destruction?” we wrote the following…

It’s been ten years now since Jack Meyer stepped down as head of the Harvard Management Company, while David Swensen – now in his 31st year – has carried on at the Yale Investment Office.

Each endowment has pursued its own distinctive management model: HMC with its “hybrid” internal/external approach, versus YIO’s exclusive reliance on cherry-picked external managers.

We can now call the winner: It’s Yale.

See: “The Harvard Endowment: Time for some Creative Destruction”

Well, the creative destruction has arrived in the person of Narv Narvekar.

On January 25th, reporters Dawn Lim and Juliet Chung broke the big news in the Wall Street Journal that Harvard will adopt a new model of endowment management.

Maybe we should call it the “Columbia model” rather than the Yale Model, but it amounts to the same thing.

In brief, Harvard Management Company will cut its staff by 50 percent, outsource internally-managed assets, and hire a CIO which, technically, HMC has never had.  The new CIO will be Richard Slocum, an old colleague of Mr. Narvekar’s from JPMorgan.

With a separate CEO and CIO, and a much smaller staff, HMC will look a lot like Columbia under Mr. Narvekar.

We all knew changes were coming, but we didn’t foresee such rapid and dramatic restructuring.  Obviously this happened with the full support of Chairman Paul Finnegan and the HMC board and was probably in the works since Mr. Narvekar was offered the job.

UTIMCO picks a new path through a political minefield

Among the big names to make an exit in 2016 was Bruce Zimmerman, longtime CEO of The University of Texas Investment Management Company (UTIMCO).

We wrote about endowment turnover in our last newsletter.

Texas is the home of big money, big egos, and bare-knuckled politics and the last few years have been uneasy ones for the UT system and, collaterally, for UTIMCO.

Harvard Crimson: Harvard Management Company to Lay Off Half Its Staff

1-26-17 Harvard Crimson: Harvard Management Company to Lay Off Half Its Staff