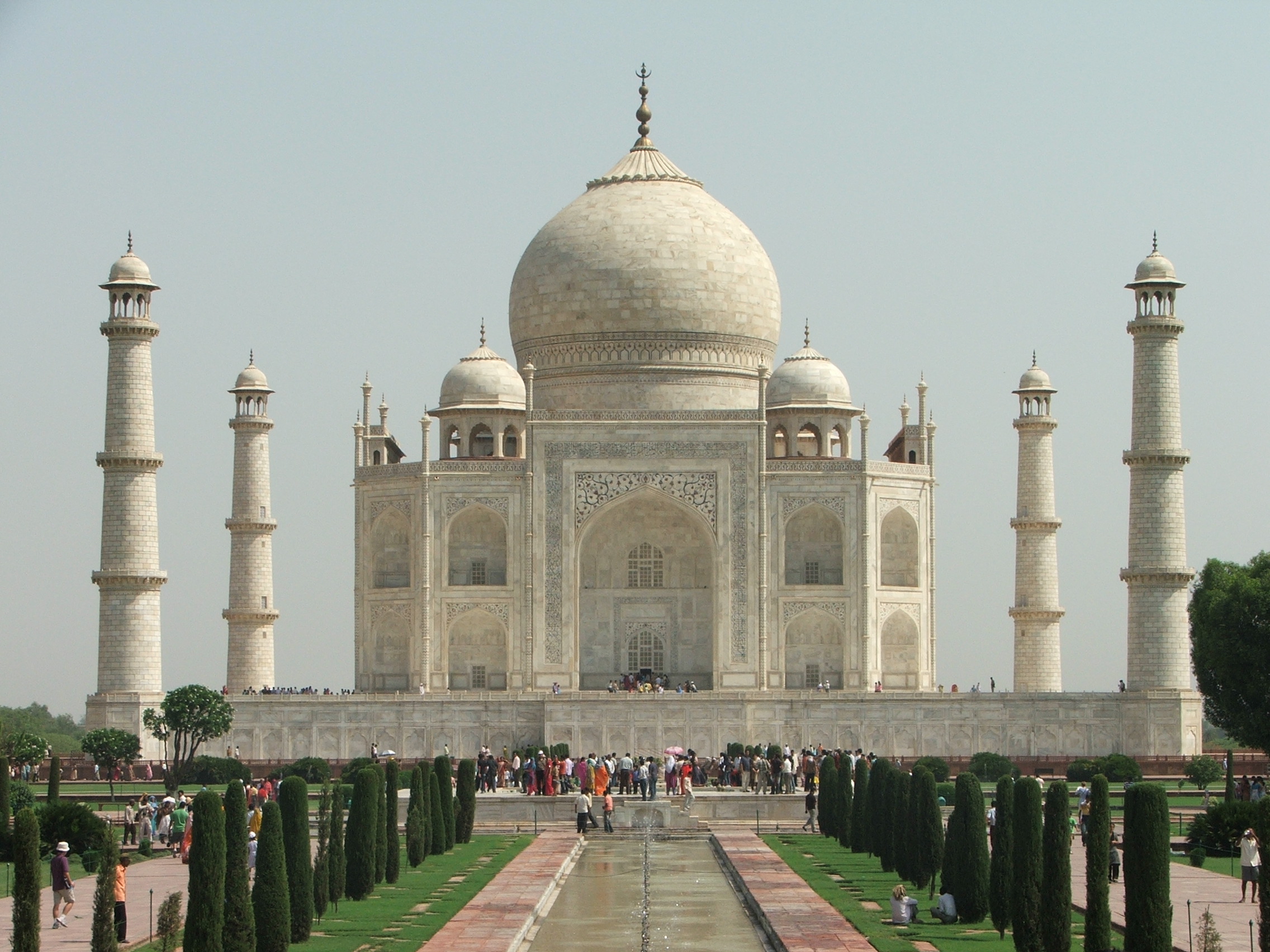 Chris Bittman, former CIO of the University of Colorado endowment, and now at Perella Weinberg Partners as CIO of their Agility Funds unit, made some interesting off-the-cuff remarks the other day at an investment conference.

He thinks that the workload and responsibility carried by investment committee members justifies paying them for their work, even though nonprofit board members traditionally serve without compensation. It would be a break from tradition, but Chris told me that “the feeling of obligation increases when the stakes are raised and others are keeping score.”

I have a question about hedge fund indexing and performance-replication strategies that nobody has answered to my satisfaction. If, as some people suggest, an investor can now get most of the advantages of actively-managed alpha investing by buying hedge-clone mutual funds, ETFs, etc; then why shouldn’t an institution buy these, instead of paying substantial fees to traditional hedge fund managers?

The Wall Street Journal recently reported that the number of new hedge-fund-like long-short mutual funds launched in 2009 nearly doubled to 26, from 14 a year earlier. Investors poured $8.7 billion into these funds in the first 11 months of this year, up from $4.6 billion in all of 2008.

Cliff Asness and his team of quants at AQR Asset Management have been in the forefront of this trend. Their AQR Diversified Arbitrage Fund, launched in January 2009, gained about 9% in its first year. They launched their seventh hedge-style mutual fund just last month: AQR Managed Futures Strategy Fund.

The Journal noted that other traditional hedge managers including Rady, Bull Path and Legg Mason’s Permal Group have all launched mutual funds over the past year. They quoted AQR co-founder David Kabiller as saying that attracting small individual investors as well as institutions to the same vehicle “builds a more stable business.”

Hedge funds began as a vehicle aimed at and sold to only a restricted group of institutions and affluent individuals, but we see more and more indications that hedge funds or hedge fund-like products are being marketed to ordinary “retail” investors.

Meanwhile, Morningstar reported last month that Vanguard has taken another step toward offering an “absolute return” fund, more than two years after Morningstar first reported that they were experimenting with such a product.

To me, this seems reminiscent of earlier Darwinian developments in the marketing of financial products: checking accounts and revolving-balance credit cards, then mutual funds dovetailing with the creation of IRAs and 401Ks, bringing stock ownership to the masses.

So, maybe we’re seeing another move in an old game. And, again, my question is: if the masses can now put money into so-called “alternatives,” then how does that affect the traditional buyers of those vehicles: the institutions, affluent individuals, and family offices? And what are the implications for hedge funds?

China versus India: Two Sides of the Asian Looking-Glass

Today, China’s GDP is still only a little bigger than Germany’s; and India’s economy is about the size of Brazil’s, according to a Carnegie Endowment study.

But that’s today. The magic of compounding Asian growth-rates will make our children’s world look very different from ours. In 2040, if trends hold, China will slide past the USA, with a $45 trillion GDP versus our $40 trillion and India will be earning “only” about $18 trillion. Everybody else will be far back in the pack.

In the next few newsletters we thought we would look at India and China through the eyes of some boots-on-the-ground investors who know the region intimately.

We have asked Chuck Johnson of Tano Capital, an early investor in the sub-continent, to be our India anchor and Bill Lawton and Doug Metcalf of Seagate Global Investors, who spend eight months out of every twelve in Asia, to be our China champions.

Skorina: Bill and Doug, tell us why you are so committed to China.

Bill: In 1993 I was hired by the Deputy Director of the Central Bank of China. They wanted me to help them set up risk management, trading strategies, and train the trading staff. It gave me a chance to develop the connections and local knowledge that led to founding Seagate. That was eighteen years back, but even then everything we heard from government officials suggested that big change in China was just getting started. Eventually we were able to launch Seabright, a joint venture between Seagate and China Everbright Limited that became a model for later private equity ventures on the mainland.

And, Charles, let me underline something right now. Before anyone invests in China there is one cardinal, paramount fact to keep in mind: The government owns everything, either directly or indirectly, and they determine who wins. Remember that fact and act on it, and opportunities – both medium- and long-term — are better than almost anywhere else in the world. Forget that rule and a foreign investor has no chance. That’s the reality in China.

Skorina: Doug, you mentioned in an earlier conversation that, in one respect, investing in China is no different than anywhere else in the world: you have to “follow the money”. What did you mean by that?

Doug: Thanks to a huge stimulus from the China-ASEAN free trade agreement signed in 2002 and the more recent slowdowns and trade restrictions in Europe and North America, the opening of the “China west” has moved southwest to Yunnan Province, and its capital, Kunming.

The Chinese government has designated Yunnan province and Kunming City (in southwest China, bordering Viet Nam, Laos, and Myanmar) as ground zero for a massive development and infrastructure expansion to accommodate this explosion in Southeast Asian trade. Roads, airports, shipping upgrades, factories, apartments, it’s all happening now and will be for the next ten to twenty years.

Last year we were officially designated as advisors to the city and provincial government, so we spend a lot of time and energy helping local business and the bureaucracy with development programs. As a result, we have seen this last year a hundred companies I never knew existed. They have the largest toothpaste tube manufacturer in the world, the largest bamboo farm in the world, huge solar projects.

By the way, the Chinese are far more committed to green projects than reports in the Western press would lead you to think. And the economies of scale they are getting with some of these projects are amazing.

I can’t stress enough, however, the importance of working with the city and provincial government as well as local businesses. In China they say that “if it’s not a good deal, then everyone is invited”. As a foreigner, you are only allowed to invest in the good deals if they know you, have worked with you, and feel you have earned it.

Skorina: Chuck, you’ve just heard Doug and Bill extol PE and VC investing in China. What do you think?

Chuck: I have a number of investments in China, visit the country often, and I too am optimistic about their long-term prospects, but I still have to wonder why India hasn’t been getting more love these days. After all, Prime Minister Singh was actually elected to his office, while democracy is not on the Chinese agenda.

Even if you agree with the Chinese that democracy is just a distraction if you’re trying to get rich, you have to remember that India will likely be one of only three economic super-powers still standing in thirty years. China will be huge, but diversified investors need to have chips in the other Asian growth-machine, as well.

And let’s not forget a few facts that aren’t always given enough weight. Virtually all business in India is conducted in English. And they have a respected court system. It can be slow and unwieldy, but in the end, contracts are usually enforced, so you don’t have to bet everything on the whims of government officials. Last, but not least, they have a thriving free press. No Google censorship in India. Tracking and understanding business conditions and assessing risk still requires local knowledge, of course. And established relationships are essential. But an English-speaking foreign investor can operate on something close to a level playing-field.

Skorina: But isn’t the planning and execution process much more efficient in China?

Chuck: Not necessarily. In regards to what Doug and Bill said about who wins and who loses in the Middle Kingdom. In China, it’s true that the government drives everything. But this means that overall capital investment is planned from above. And we don’t have to look much beyond Russia’s recent past, or even India during the years of the “License Raj”, to see the distortions that central planning and government controls can cause. Eventually, those distortions have to be corrected, and the result usually isn’t pretty.

Indian government bureaucracy is still formidable, but much less onerous than a decade ago. The government is more a clumsy middle-man than an absolute arbiter of what gets built by whom. Permits can take longer than in China, but, once those issues are resolved and management is in place, buyers are standing there with cash in their fists. Rising middle-class demand for everything means that profits are almost locked-in if you have a decent business proposition.

So, in India, we look for the entrepreneurs and companies that can get things done, that have a track record, and ambition. In India, all apartments are full, with buyers waiting for every completion, every car, and every shop opening. All roads are at capacity and lead to crowded destinations. Just build it: cell-phones, cars, apartments, appliances, financial services. Build it and customers are waiting to buy it.

Skorina: So, guys, if I could sum up what I think I’ve heard here in our first round of discussions: In China, you place your bets on the government official or agency that will sponsor the deal. In India, the winning horse is the individual business with the smarts and stamina to get through the bureaucratic gantlet and reach the customer.

Our readers are a sophisticated group, but we suspect that even for them the workings of our government are sometimes hard to fathom.

But now and then a single flare lights up the whole apparatus.

USA Today reported on December 12 that:

1. When the recession started, the U.S. Department of Transportation had only one person earning a salary of $170,000 or more.

Some Congressperson is quoted as saying: “There’s no way to justify this to the American people.”

But then, someone stepped up and justified it anyway. It was the Government Affairs Director of the Federal Managers Association, saying that the federal workforce has to be highly paid. Why? Because it employs skilled people.

So there you go, silly Congressperson. When the recession arrived, sixteen hundred federal employees pulled up their socks and acquired buckets of new skills. The American people should be gratified that they rose to the occasion.

In fact, there has been no recession whatsoever among the highly-skilled federal workforce. In the private sector, nonfarm payroll jobs dropped by 150,000 in December and 20,000 in January. But the federal civil service created 33,000 new positions in January alone (only 9,000 of them temporary census jobs).