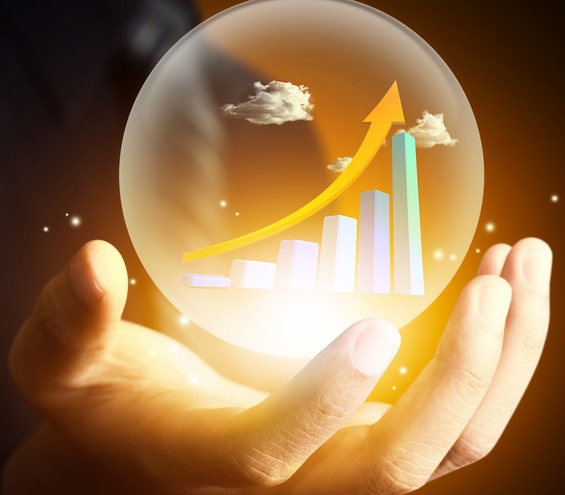 The year-end look-back is a lazy journalistic artifact we can all do without.

So, here’s our year-end look-back.

We exculpate ourselves by arguing that it’s really a look-forward.

First: We have a few remarks about shocking recent events that will shape the investment landscape as we slide into 2017.

Second: We offer a roundup of 2016’s turnovers in the ranks of chief investment officers.  There are a number of fresh leaders who will be steering some important institutions into the new year.

Our village elders on the rise of Trump:

Two oddly similar events dominated the news this year: the UK Brexit referendum in June, and the U.S. presidential election in November.

They both produced the wrong outcome from the point of view of most opinion leaders and market-makers, and both will have continuing influence on financial markets.

All respectable commentators, from the Church of England to the BBC to David Beckham, urged a vote for Stay.  Even President Obama crossed the pond to buttress the Stay forces.  Learned economists warned that the entire global financial system could melt down if the UK unwisely separated from the EU.  Pollsters lined up to assure the nervous that a Stay vote was in the bag.

But, Leave prevailed.  Global markets dropped, then snapped back.  Despite the dire auguries, Britain carried on, and today you can hardly see the scar.

Across the Atlantic and five months forward, we were dealt another shockingly wrong outcome.  Respectable opinion and pollsters were again flummoxed, and here we are with President-elect Donald John Trump.

We were as gobsmacked as anyone and we turned, as we always do, to the investment community’s village elders to learn what it all portends.

Ray Dalio of Bridgewater was quick out of the box with some cautious notes one week after the Trump victory.

He seemed to think that, based on “very early indications of what a Trump presidency might be like” there would be more good news than bad news for markets in 2017:

Relatively stronger US growth and relative tightening of US policy versus the rest of world is dollar-bullish.  All this, plus fiscal stimulus that will translate to additional economic growth, corporate tax changes, and less regulation will on the margin be good for profitability and stocks, though for domestically oriented stocks more than multinationals, etc.

A month later, he was back with a longer, more considered analysis.  He sees momentous change ahead and, on balance, more upside than downside for investors:

The shift from the past administration to this administration will probably be even more significant than the 1979-82 shift from the socialists to the capitalists in the UK, US, and Germany when Margaret Thatcher, Ronald Reagan, and Helmut Kohl came to power…. This particular shift by the Trump administration could have a much bigger impact on the US economy than one would calculate on the basis of changes in tax and spending policies alone because it could ignite animal spirits and attract productive capital.

This is an interesting point.  But, Is there any evidence of such reviving animal spirits? Maybe.

… indexes that track confidence have jumped, with respondents citing the potential for deregulation and tax cuts once President-elect Donald Trump takes office…

Should animal spirits kick into force… this would buoy economic expansion, notwithstanding any fiscal stimulus from the incoming administration.

A week later the Conference Board announced that U.S. consumer confidence had hit a new 15-year high.

Americans saw more strength ahead in business conditions, stock prices and the job market following the election of Donald Trump as president in November.

Another elder we always look to is Howard Marks of Oaktree Capital. On November 14 he filed a memo which noted, inter alia:

…there was a near-universal belief that a Trump victory – as unlikely as it was – would be bad for the markets.

But, as he notes, the U.S. stock market then had its best week since 2014.  The Dow Jones Industrials rose almost 5% for the election week, taking them to a new all-time high.

Mr. Marks explains this with his general theory of market behavior:

While people search the market’s behavior for logic, there really doesn’t have to be any.

He sees both positives and negatives under the new management:

Trump’s statements regarding business and the economy contain some real positives and are the best part of his platform . . . if he and his administration are up to the task of putting them into practice.

On the other hand, he doesn’t like Mr. Trump’s stance on international trade and the possibility that he will raise import duties on goods from China and Mexico.

Mr. Marks is a credit investor, and he has this to say about the outlook for bonds:

Equity investors like inflation because it pumps up profits.  Bond investors dislike it because it raises interest rates, reducing the value of the bonds they hold.  But the two can’t go in opposite directions forever.  At some distant point, higher interest rates can cause bonds to offer stiffer competition against highly appreciated stocks.

Bill Gross of Janus Capital issued his own November letter in which he expressed general unhappiness with the Trump election, although he notes that things would probably not have been much more to his liking under a Clinton presidency.  He voted for neither Trump nor Clinton.

Global populism is the wave of the future, but it has taken a wrong turn in America. Investors must drive with caution, understanding that higher deficits resulting from lower taxes raise interest rates and inflation, which in turn have the potential to produce lower earnings and P/E ratios.  There is no new Trump bull market in the offing.  Be satisfied with 3-5% globally diversified returns.  The Wall Street, finance-led hegemon is fading.  The Populist sunrise has barely broken the horizon.

It seems to us that Mr. Gross has been grumpier in general over the last year.  Of course, that doesn’t necessarily mean he’s wrong.

Finally, we checked in with one of the country’s most prominent economists, Nobel-prize winner and New York Times columnist Paul Krugman.

On election night as the astonishing results came in (and overnight stock futures tumbled), a crestfallen Mr. Krugman wrote.

It really does now look like President Donald J. Trump, and markets are plunging.  When might we expect them to recover?”  Krugman said in his post. “If the question is when markets will recover, a first-pass answer is never.

He then doubled down, suggesting that a recession was imminent.

We are very probably looking at a global recession, with no end in sight… a terrible thing has just happened.

But by Wednesday, the futures market reversed course and indexes opened basically unchanged from Tuesday’s close.  Then the Dow began an epic upward trek to near 20,000.

Mr. Krugman hasn’t gotten any happier but, as we go to press, U.S. equities are up more than 9 percent since he issued his forecast.

(Endowments over one billion AUM)

The Harvard search and the hire of Narv Narvekar was a major story in the financial press, including the ambiguous departure of Stephen Blyth.

Mr. Blyth is a very talented man and was very courteous to us in our limited contacts.  We wish him well.

We’ve had our say about this whole episode, but anyone who wants to revisit our Harvard pieces can reference our website, https://www.charlesskorina.com/, and find the following articles in the Newsletters & Archives section:

Crunch Time for the Harvard Endowment

The Harvard Endowment: Time for some Creative destruction?

The search for a successor to Bruce Zimmerman at UTIMCO is clearly a big deal in our industry.  It was the biggest new-item in this niche after Harvard.

Including assets for both University of Texas and Texas A&M, UTIMCO invests more endowment money than Yale, making it second only to Harvard.  Now there are some new sheriffs in Austin and it will be interesting to see who they deputize as the new president and chief investment officer.

We have a newsletter coming up which will look into the UTIMCO situation in depth, including a recent interview with Mr. Zimmerman.

The search for a new CIO at Johns Hopkins is now six months old, so we would expect to see an announcement there any day now.

Other Notable CIO hires & promotions in 2016

A year ago, in this newsletter (and in the Yale Daily News), we took exception to some self-appointed critics who attacked the Yale endowment (and, by implication, many others) for allowing too much money to accumulate in their endowment pool.  They argued that the money should defray current tuition rather than building a nest-egg for future generations.

Each CIO turnover has its own story.  But some are certainly due to the tensions inherent in endowment management between short-term and long-term goals.  Boards and investment offices struggle daily to find the right balance among risk, return and liquidity in a constantly shifting investment landscape.  And they do it in public view with plenty of unsolicited input from politicians, campus activists and the general public.  They don’t always get it right, at either the board or investment-office level.  Sometimes changes are healthy and necessary, even when they’re messy.

As recruiters of senior investment talent, we are acutely aware of how challenging these jobs are.

Nevertheless, we think it’s worth repeating what we said a year ago.

Denuding a university’s long-term legacy to placate current stake-holders may be politically appealing, but it’s neither financially nor morally responsible.

Historically, voluntary supporters including alumni, foundations, corporations, and religious groups have helped our higher-education system to grow at an unparalleled rate while achieving remarkable diversity and unquestioned world leadership.

Channeling private wealth to public purposes, instead of relying solely on the state, as in Europe, has been an American success story.