Scott Malpass and Notre Dame: Keeping the faith for 32 years 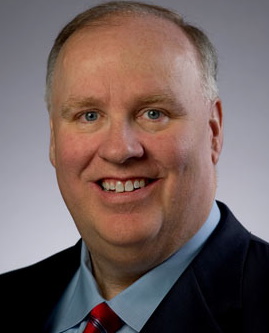 The most notable CIO-centric event of 2020 in the endowment world was undoubtedly the retirement of Scott Malpass as chief investment officer at Notre Dame.

Mr. Malpass was just a dewy 25 years old and relatively inexperienced when Notre Dame recruited him as “assistant investment officer” in 1988.

He was already effectively in charge that year, but decorously waited for his predecessor to retire in 1989 to officially take the CIO title.

In 2020 he punched out as smoothly as he had punched in.

His successor, Michael Donovan, had been Mr. Malpass’ wingman for 20 years. They had been undergraduate classmates (and roommates) in ND’s class of 1984, making them both about 58 in 2020.

Although he is ferociously devoted to his school, Mr. Malpass chose not to hang on until standard retirement age. Instead he passed the baton early enough to leave plenty of career runway for his colleague and successor.

Badly executed successions can be ruinous in institutional investing. The examples have been too notorious to list. This is how the pros do it.

Mr. Malpass had 32 years in harness when he stepped down last year and was the longest-serving endowment CIO we know of, with the prominent exception of Yale’s David Swensen, 35 years and counting.

Longevity is great (at least for the incumbent) but it’s performance that counts. And, although the Yale endowment is far more prominent, Notre Dame’s performance has been remarkably good, and only very slightly behind the top northeastern schools. Casual observers may have missed that.

Mr. Swensen has earned his fame. But we suspect that the attention paid to Yale and the relative inattention to Notre Dame has much to do with the regional chauvinism of the financial press.

For the media, a Catholic college in Indiana will never have quite the cachet of the Ivy League.

Take a look at our 5-year performance numbers below. Allowing for ties, the 5-year return ranking is:

By this reckoning, the recent performance of the Notre Dame Model is just a whisker behind the Yale Model. In fact, Notre Dame beat Yale in 3 of the last 4 years.

This is so interesting that we thought we should reach back to our longer-term Yale versus Notre Dame dataset.

Twenty years is a nice, round number, and we can’t think of any other such pairing that could put the same two long-serving CIOs head to head. But we pushed back 21 years to capture the Dotcom Meltdown beginning in the second half of that fiscal year.

How did Malpass and Swensen weather the two great crack-ups in the period?

In FY 2000, Notre Dame had the highest endowment return ever reported by anyone just as the bubble began to pop: 57.9 percent, vs Yale’s 41.0.

Notre Dame was much slower to recover after 2000, taking four years to get back in step with Yale. This 4-year malaise easily accounts for all of Notre Dame’s 21-year gap behind Yale.

The same CIOs were in charge for the 2008/2009 financial crisis, but this time Notre Dame did slightly better in the crisis year, ND: -20.8; Yale: -24.7. And their returns were very similar in the four years following.

A look at risk-adjusted performance between the two schools shows a Standard Deviation for Notre Dame over 21 years of 15.7 versus Yale’s 12.8.

And, as those numbers suggest, Notre Dame has the lower Sharpe Ratio: 0.41 vs Yale’s 0.55 inferring slightly more risk in the Notre Dame portfolio.

Both Yale and Notre Dame had long-time seconds-in-command as of 2020; Mr. Donovan for ND, and Dean Takahashi for Yale.

At ND, Mr. Donavan, as recounted, slipped seamlessly into the top job, but at Yale Mr. Takahashi has stepped away from the investment office, although he remains on campus as “Executive Director of the Yale Carbon Containment Lab.”

So, Mr. Swensen, survivor of a cancer scare, no longer has a clear successor and no one has been given Mr. Takahashi’s former title of senior director as Mr. Swensen carries on at age 67.

An important dimension in the performance of these two remarkable investors should be noted. People are policy…and performance. And these two schools and their CIOs have followed parallel paths in talent recruitment.

Looking at the current roster of staffers at ND, we see that every one of them has an undergraduate degree from their own school. Every single one. As did Mr. Malpass and as does Mr. Donovan.

This is partly accounted for by the fact that Mr. Malpass has always taught an undergraduate investing class – two of them, in fact. And he has used the opportunity to vet and recruit the best and brightest of them for the investment office. His vetting is not only for investment talent, but for school loyalty. There are no hired guns at Notre Dame.

And, however culturally incorrect, it must be noted that the Notre Dame crew tend to be faithful Catholics who pray together as well as work together. This may or may not carry on into the future, and may or may not generate better performance, but in any case it’s not easily replicable.

Likewise, Mr. Swensen teaches and recruits on campus, and a majority of his staffers are Yalies. By our count about four-fifths of the staff are Yale undergraduates, with most of the balance drawn from a handful of other prestige northeastern schools.

Our congratulations to Mr. Malpass on his career and retirement, but also to Mr. Swensen as he soldiers on. They’ve earned their accolades.