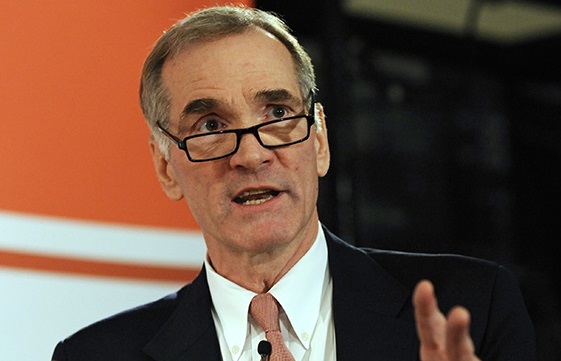 All professional investors want to make money.  The question is, how and for whom?

In the for-profit world of Wall Street asset managers and retail mutual funds, the differences among managers reflect investor appetites, time horizons and risk tolerances.  They must all serve their customers, or the customers will walk.  But they are also profit-seekers, motivated by bonuses and the bottom line.

Most chief investment officers start their careers as traders, analysts, or consultants; working with spreads and price dislocations, capital structures and cash flows, or advising on asset allocations and manager selection.  Ex-traders like Sam Gallo, CIO at the University System of Maryland, are particularly valuable now, because they know how to move large books quickly and cut transaction costs, topics of keen interest these days.

Eventually, some find their way into the family office and non-profit world of multigenerational, multiasset investing, researching opportunities and managers in public and illiquid markets.

Dedicated family office CIOs – between 800 and 1500 in the US – invest in anything and everything; in stocks, bonds, loans, cold storage, tankers, and toll roads.  But tax implications become a priority; and family preferences – rational or not – drive the portfolio.

CIOs work at the pleasure of a complex and opaque authority whose circumstances, mood, location, and needs are subject to change at any time.  In the family office world, one often has no idea how much liquidity is required as family purchases can be large, lumpy and unpredictable.

Both Alice Ruth and Jason Perlioni jumped to endowment CIO positions this year after long stints at family offices; Ms. Ruth moving to Dartmouth after nine years at Willett Advisors (Michael Bloomberg) and Mr. Perlioni moving to Johns Hopkins after ten years at the Pritzker Group.

Working for a family office can be an attractive and rewarding experience, but all family office CIOs understand Leo Tolstoy’s famous line from Anna Karenina, “All happy families are alike; each unhappy family is unhappy in its own way.”

Managing assets for tax-exempt Institutions differs from all the above.

In each case, however, the CIO job is what one makes of it; some are delegators, some are micro-managers, and some are just liaisons between a consultant and an investment committee.

Corporate and hospital chief investment officers structure their portfolios primarily to manage risk.  Corporate CIOs are liability driven and have a financial mindset.  They think in terms of payouts, terminal value, and matching durations.  They care less about outperforming peers because absolute return is seldom their top priority or that of their boards.  Bill Hammond, the CIO at AT&T and Jason Klein, CIO at Sloan-Kettering NYC, understand the mission of the institution; their job is to minimized liabilities and forestall surprises.

The “endowment model” of fund management prescribes a highly diversified portfolio of investments across public and private markets.  Most endowment and foundation CIOs strive to earn the best possible risk-adjusted returns and grow the corpus over decades.

The classic endowment and foundation CIO is an asset allocator and manager.  They’ve all read David Swensen’s seminal book, Pioneering Portfolio Management, have an equity bias, and believe in the illiquidity premium.  They understand that success means doing things that may look risky or foolish in the short-run.

But, how does one explain “different thinking” to the board and constituents?  Or the media?  Particularly when the payoff may be years down the road, when the board will be wearing different faces.

Most boards and trustees are there because they love the institution and its mission, but the reputational risks of sitting on a board can often outweigh the rewards.  Members seldom get the credit they deserve for good performance, but always take the heat for any blowup.  As a consequence, they seek consensus and institutional support.

John Maynard Keynes had investors in mind when he wrote that “it is better for reputation to fail conventionally than to succeed unconventionally”, but his observation succinctly describes the systemic dilemma facing board members.

Effective CIOs are consensus builders who understand that tone and trust matter.  The best ones take complex investment ideas, simplify them, and build trustee buy-in.  A CIO who confuses or alienates key trustees will fail to get even the most brilliant trades into her portfolio.

That’s why the best hedge-fund investors and Wall Street analysts don’t always turn out to be good fits as institutional or family-office CIOs.  Their competitive edge came from being high-conviction market participants and relentless fact-checkers.  They care more about getting the right answer and the right trade than being well-liked team-players.

A great chief investment officer is much more than a good manager and savvy investor, although those are rare enough.  He or she must be a good politician and know how to get the votes.

UC Berkeley: far from the madding crowd, the hunt for a new CIO

John-Austin Saviano resigned as chief investment officer of the $1.6bn UC Berkeley endowment a few weeks ago and the BEMCO board immediately launched the Great American Bake-off to select a search firm to recruit a successor.

Mr. Saviano became founding CIO when the new management company was set up in 2009 after stints at Cambridge Associates and the Gordon & Betty Moore Foundation.  No reason was given for Mr. Saviano’s departure, but the fund’s 5 and 10-year performance (as we see below) has been underwhelming compared to its peers, which may have figured in the decision to change horses.

As soon as Mr. Saviano’s departure was announced, I helpfully raised my hand, submitted reams of data and pithy analyses on Berkeley’s performance, and recounted our many accomplishments as world-class search pros.

But, alas, my soufflé collapsed.  And I and most of the other contestants were sent home to bake another day.  I’m told “star recruiter” will be chosen soon and get the search underway.  It’s a cold, cruel world.

The BEMCO board has some heavyweight investment members and passionate Cal Bear alumni.  (BEMCO is a nonprofit subsidiary of the UC Berkeley Foundation, owner of the endowment assets.)

The board chair, Rob Chandra – Berkeley undergrad and Harvard MBA – was a partner at Bessemer Venture Partners for fifteen years and now manages Avid Park Capital in Palo Alto.  He’s also a faculty member at Berkeley, on the Dean’s Advisors board at Harvard, and board chair at the Menlo School.

Cyrus Hadidi – Berkeley undergrad and Harvard MBA – is CEO and founder of investment firm Arts & Sciences IM in Los Angeles.  He was an investment banker with Salomon Brothers and co-portfolio manager and partner at JMB Capital.

And “Laurie” Hoagland, the former CIO at the Hewlett Foundation and president and CEO of the Stanford Management Company (endowment), has served on many boards, including the Howard Hughes Medical Institute, Caltech, the David and Lucile Packard Foundation, and the Kamehameha Schools.  With degrees from Stanford, Oxford, and Harvard, he is an industry icon.  (No Berkeley degree however…umm)

Colette Chilton, CIO at Williams College in Massachusetts since 2006…and yes…just happens to be a Berkeley grad with an MBA from Dartmouth, as well as a BEMCO board member since 2015.  She has an impressive resume as an investment head, including CIO at both Lucent and MassPRIM, and outstanding results in her current job.

There are dozens of plausible candidates for the Berkeley position, but we zeroed in on Ms. Chilton as one obvious suspect.  She’s already well known to the Berkeley community, runs an endowment not very much larger – $2.3 billion versus $1.6 billion – and has ties to the bay area, so we did a quick A/B comparison.

Berkeley has not only underperformed versus an above-average endowment like Williams in recent years; it’s also fallen short of the average for all large endowments.  On a year-by-year basis, it’s only beaten the NACUBO big-endowment average twice in the last 7 fiscal years.

The CIO pay at BEMCO is decent, but less than at UC San Francisco, UCLA, and the UC Regents.

We calculate the median 2014 total comp for endowment CIOs running over $1.5 billion as about $950 thousand in calendar 2014.  Here’s Mr. Saviano’s number for that year compared to Ms Chilton’s.

The top CIOs like David Swensen, Seth Alexander, Andrew Golden, Scott Malpass, and Colette Chilton don’t just give their schools bragging rights in statistical matchups like this.  Strong CIOs are huge drivers of success for their schools in a competitive world.  A consistent margin of 50 or a 100 bps translates into real, serious money for tuition-assistance, salaries, programs, and facilities.

The boards of the UC Berkeley Foundation and BEMCO have done the math; now it’s time to pick a winner.

We seek a seasoned, take-charge executive to guide and grow a substantial investment management firm.

We want a leader with vision, ambition, and experience in managing a globally diversified endowment-style portfolio.

This is also an opportunity to achieve significant ownership participation in an established and profitable asset-management firm.

Compensation will be highly competitive.

Prior issues can be found in “archives” on our website, www.charlesskorina.com