The Harvard Endowment: Time for some Creative Destruction? 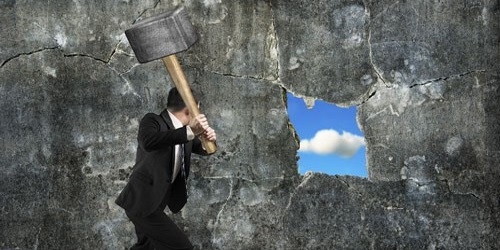 [Note: we published this piece on July 12, before Harvard announced its hire of N.P Narvekar and its disappointing returns for FY 2016]

It’s been ten years now since Jack Meyer stepped down as head of the Harvard Management Company, while David Swensen – now in his 31st year – has carried on at the Yale Investment Office.

Each endowment has pursued its own distinctive management model: HMC with its “hybrid” internal/external approach, versus YIO’s exclusive reliance on cherry-picked external managers.

We can now call the winner: It’s Yale.

And it’s time for HMC to undertake a major re-think of its business.

Six out of 13 members of the Harvard Corporation board are Harvard MBAs, and they understand what the stakes are.

Mr. Finnegan is co-CEO of Chicago-based private-equity firm Madison Dearborn Partners.  He has been deeply enmeshed in Harvard’s affairs for many years and is highly respected.

Currently, Harvard harvests about 4.3 percent of endowment AUM annually.  In 2015 that amounted to $1.6 billion.  And that powered thirty-five percent  of the school’s budget.  (Off the record, the endowment’s contribution is greater.)

Harvard has earned an annualized 7.6 percent over ten years, versus Yale’s 10.0 percent.

It’s clear that an additional 2.4 percent annualized over ten years would have left Harvard with much more than a mere $37.6 billion endowment.  And that difference would have added hundreds of millions per year to their operating budget.

Fortunately for Harvard, their development people are taking up some of the slack: in recent years their donations have been much larger than Yale’s.

Blackstone Group CEO Stephen Schwartzman gave a princely $150 million to Yale last year.  But in the same year John Paulson (despite the recent dry patch at Paulson & Co) gave Harvard a kingly $400 million for a new engineering school.  And that’s been representative of the trend.  The table below shows their respective fundraising for the past five years:

The “endowment model” of fund management prescribes a highly diversified portfolio of investments across public and private markets, including significant reliance on the “illiquidity premium” in those private-market assets.  But how best to organize and manage the investment process is a question still open to debate.

The Harvard model has relied on a relatively large internal staff – 60 to 80 investment professionals and another 150 to 200 or so support personnel – to manage public-market equities and debt in-house; while using external managers and in-house staff to participate in private capital and real assets.  They call it a “hybrid model.”

The Yale investment office, by contrast, deploys a lean staff of roughly twenty investment professionals who invest with and oversee external managers.  They rely exclusively on those carefully-curated outsiders to scour the world for the best opportunities.

Jack Meyer ran the Harvard’s endowment from 1990 to 2005, when he was forced out by some disgruntled alumni and professors over the Wall Street-sized paychecks he paid himself and his staff.

Mr. Meyer built an internal full-service investment-management operation to compete with the best on Wall Street.  Whether it was the man, the market, luck, or just divine intervention, the endowment tallied an annualized 15.9% return in Mr. Meyer’s last ten years, from 1995 to 2005.  And during his tenure, the endowment grew from $4.8 billion to $25.9 billion, thanks to a combination of alumni donations and endowment earnings.

But, relative to Yale, it has been mostly downhill for HMC since Mr. Meyer was driven off the campus.

Mr. Meyer’s successor, Mohamed El-Erian, rang up an impressive one-year return of 23%, but those results had been pretty much baked-in by Mr. Meyer; and Mr. El-Erian then made a prescient exit in 2007, on the eve of the financial crisis.

Jane Mendillo’s five-year effort as president and CIO, from 2008 to 2014, wasn’t enough to gain much headway.

Ms. Mendillo, in a bit of irony, earned a BA ’80 and MBA ’84 from Yale and spent two years in the Yale investment office from 1980 to 1982.  But that was before Dr. Swensen took charge at YIO in 1985.  She never understudied him and, at HMC, never came close to matching his record in the same period.

The current CIO, Stephen Blyth, with less than two years in office, has taken an under-explained “medical leave” and it’s unclear if he will ever return.

Now Robert A. Ettl, the Chief Operating Officer, is doing what he can to keep the ship on course.  Bob Ettl is regarded as a very competent man.  But he’s an ops guy, not an investment strategist.

Time for some creative destruction?

It was a Harvard professor, the great Austrian-American economist Joseph Schumpeter, who popularized the phrase “creative destruction.”  When entrepreneurs come up with new, better business models, then the relative value of established players is necessarily diminished; they must adapt or go under.  It’s what makes capitalism work.

HMC isn’t directly exposed to those gales of creative destruction.  Its sole customer and equity-holder is an immortal nonprofit: the President and Fellows of Harvard College (informally known as the Harvard Corporation), the oldest corporation in the Western Hemisphere.

The HMC model itself may not even be the whole problem. (It’s worked pretty well for some big Canadian pensions, after all.)  It may just be ill-suited to an Ivy endowment of Harvard’s size.  Or maybe the execution has just fallen short.

But whatever the reason, the largest pool of capital in the endowment universe, with the biggest, best-paid investment staff has, since 2005, produced basically mediocre returns under three chief investment officers with its current business model, especially by contrast with their rivals in New Haven.

Over to you, Mr. Finnegan.