Crunch Time for the Harvard Endowment: 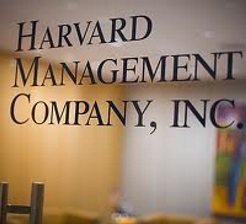 [Note: we published this piece on August 4, before Harvard announced its hire of N.P Narvekar and its disappointing returns for FY2016]

The hunt is underway for a new CEO at the Harvard Management Company.  And chairman Paul Finnegan and his board intend to get it right this time.

Counting interims, they’ve now had six CEOs at their shop since Jack Meyer departed in 2005, and mostly mediocre returns to show for it.

After Mr. Meyer’s departure it took a one-year search to land Mohamed El-Erian, who then lasted less than two years before he moved to PIMCO.  Now, Stephen Blyth has departed after just 18 months on the job.

It looks like this search will be briefer.  Some sources say they may have someone aboard by September.  But in any case the board needs to set a new course with a new leader.

Last month, before Mr. Blyth’s resignation was announced, we looked at Harvard’s performance (especially versus Yale), and suggested that it might be time for HMC to undertake a major re-think of its business.  Maybe their vaunted “hybrid model” is no longer viable.

We did not expect to be revisiting the subject so soon, but events have overtaken us.  So here we are again.

What’s on the board’s mind?

Mr. Finnegan, who became HMC chairman late last year, is a private equity investor and we note that Harvard also announced — in an unusual year-ahead notice in May — that David Rubenstein of PE giant Carlyle Group would be joining the Harvard Corporation board in 2017.

Add to this a statement from Mr. Finnegan on July 27 that HMC going forward would lean more on outside money managers “who have the resources, skill and experience.”

Taken all together, this portends a shift — or at least a tilt — from HMC’s “hybrid” structure to something closer to the Yale “purebred” model.  And Yale, incidentally, has been cleaning Harvard’s clock in private equity for years.

If internal management of public-market assets, which was Mr. Blyth’s forte, is to be de-emphasized, then it would make sense to look at successful big-endowment CIOs who are already executing such a mostly-outsourced and alternatives-heavy model.

Harvard can afford to pay much more than the big public universities, and could make an attractive offer to other major private-school CIOs.  Even a well-entrenched, mid-career CIO might be tempted by that kind of paycheck, plus a historic chance to rebuild the world’s biggest endowment with the full backing of its board.

A few obvious (and not so obvious) possibilities:

Our first call would be to Seth Alexander at MIT, a short cab ride from HMC’s digs in Boston.

If you want to go Yale-ish, why not go full-tilt Yale, with a Swensen-trained endowment investor?  That’s what Stanford recently did with their hire of Robert Wallace last Spring, and they made no bones about it.

Mr. Alexander has a stellar resume, outstanding track record, and miles of career-highway ahead.

MIT has the 6th-largest U.S. endowment, with $13.5 billion AUM and boasts an amazing 10.5 percent annualized return over 10 years.  And we dubbed him endowment CIO of the decade last year, which should clinch it.

As I told Beth Healey at the Boston Globe, the HMC board really ought to go en masse over to Seth Alexander’s office at MIT and make him an offer he can’t refuse.  That probably won’t happen but a recruiter who didn’t ask Seth point-blank what his number is wouldn’t be doing his job.

On the other hand, if the board is leaning toward a Wall Street asset manager, our template for candidate and first call would be to the formidable Mary Callahan Erdoes.  She’s CEO of the $1.7 trillion asset-management arm of JPMorgan Chase, happens to be a Harvard MBA, and is probably the most powerful woman on the Street.

Wall Street asset managers are generally unavailable to endowments.  They just make too much money.  But Harvard might be an exception.

She’s already making $17 million, but that’s not the only problem.  She’s also an out-and-proud Republican, a dwindling species on Wall Street and nearly extinct at Harvard.  Harvard’s very strong on diversity, but there are limits.

Still, Jamie Dimon, despite his health problems, seems to be in no hurry to retire and, at Harvard, she would at least be a CEO at last.

Ms. Erdoes would be our big-ticket fantasy pick, but there are other high-ranking women (and men) among the for-profit asset managers who might be tempted.  After all, David Swensen himself was a Wall Street guy, working at Lehman Brothers and Salomon before he was lured back to Yale.

Turning back to non-profit candidates and assuming that neither Mr. Alexander nor Ms. Erdoes is available, Mark Schmid at the University of Chicago (my alma mater!) would be another excellent candidate.

His endowment is now up to $7.6 billion AUM and has returned 8.3 percent annualized over 10 years, again handily surpassing HMC.

Mark ran the $50 billion Boeing pension fund before he moved to the Chicago endowment, so he’s no stranger to allocating a lot of money or to dealing with a big organization.  And, he did an excellent job uniting the alumni, faculty, and administration when he arrived at Chicago by writing and disseminating, “A Total Enterprise Approach to Endowment Management” which helped all the constituencies understand how endowment returns related to the school budget, programs, and alumni giving.  Mark understands how all the pieces fit together and his insightful paper is still worth reading.

Neal Triplett at Duke University (DUMAC) is an excellent and still-youngish CIO, standing high among the major private endowments.  Duke’s $7.3 billion fund has earned an annualized 9.4 percent over 10 years.

Unfortunately for recruiters, Mr. Triplett has very deep roots in North Carolina and at a Duke (where he earned both his BA and MBA).  He’s another star who’s probably unavailable.  But it’s always nice to be asked.

Princeton could probably match anything Harvard could offer for Andrew Golden, but anyone doing this search would be remiss not to at least have that conversation.  He’s another protégé of Yale’s David Swensen, and he has generated a 10-year return of 10.1 percent on PRINCO’s $22.7 billion endowment.

Erik Lundberg at University of Michigan has been CIO for 16 years, building their office from the ground up, but he’s still a long way from retirement and would be a solid candidate.

His endowment is now the 9th-largest in the country with $10 billion AUM and has returned a very good 8.4 percent over 10 years.  When we interviewed him he said he was very happy in Ann Arbor and in no hurry to move on.  But that’s something people tend to say when their boss is listening.

Mr. Lundberg is, in our opinion (not necessarily his) underpaid and has a family to think of.  Michigan probably couldn’t match a serious offer from Harvard.  But, even though he’s been out-investing HMC at a major endowment for years, he’s not Ivy himself; his MBA is from Ohio State.  No, that shouldn’t matter, but sometimes it does.

Lawrence Kochard at University of Virginia (UVIMCO) runs an outstanding investment office and would be on anybody’s short list if he were available.

But Dr. Kochard is past mid-career, has deep ties to that school, and is probably not movable.

Among the major foundations, Eric Doppstadt — with a BA from University of Chicago and JD from NYU — runs $11.5 billion at the Ford Foundation.  His returns are not available, but he has a very strong resume, is highly-connected, and well-respected among non-profit investors.  He would definitely be worth a call.

Turning back to the for-profit asset managers, Matt Botein, chief investment officer and Co-Head of BlackRock’s alternatives unit is an impressive youngish executive.  His BA and MBA are from Harvard and he might be a serious candidate, especially if they want someone with strong alternative-asset credentials.  He is among the top tier of Larry Fink’s senior managers, and Mr. Fink has shown a knack for hiring the best.

Another top executive with years on Wall Street is Seth Masters, chief investment officer at AllianceBernstein’s Bernstein Global Wealth Management, a $65 billion high-net-worth investor.  He has a BA from Princeton, an MA from Oxford, extensive experience in Asia, is proficient in both Mandarin Chinese and French, and is running twice as much money as HMC.  If Harvard is thinking of itself as a global, strategic investor (as it should be), then someone of Mr. Master’s caliber should be considered.

And finally, there are Canada’s mega-public funds.  They have the size, scope, track record and executive talent.  If Harvard chooses to retain some semblance of their hybrid model, they could look to these funds, which have actually made it work.

One well-regarded leader, Mark Wiseman, former president and CEO of the CPP Investment Board in Toronto, was recently lured to BlackRock in a surprise hire by Larry Fink.

And let’s not forget that the University of California Regents endowment reached up to AIMCO in Alberta to recruit Indian-Canadian Jagdeep Singh Bachher, a hire that seems to be working out well.

In these circumstances, two of his excellent lieutenants may be considering their options.  Eric M. Wetlaufer, senior managing director and global head of public markets is U.S-born and worked at Fidelity in Boston until two years ago.  He’s highly experienced if HMC is willing to try another public-markets guy.

His colleague, chief investment strategist Edwin D. Cass, is Canadian-born, but is another youngish and very impressive globally-oriented investor.  He was formerly co-chief investment officer at Fortress Investment Group, and worked at Deutsche Bank.  He has degrees in both theoretical physics and law.

We’re sure the HMC board will rise to the occasion this time and pick the leader they need.  It’s only the most important decision they’ll make this year.  So, no pressure.